Sometimes things become heavy on your heart, and you just need to express them through writing, so that they can be kept forever. Words are fleeting, but writing helps capture special moments. At church something had come over me. I had connected with the sermons. The pastor’s words had been touching my heart more than ever before. Blessings had rained down on me. I considered the lost souls out there. Those who lacked good people in their lives. For many, a church family might be non-existent. I began to think about my past and defining moments that lit my passion and made me want to further my Christian faith. There is one particular instance that comes to mind when I think about my values and personal faith. 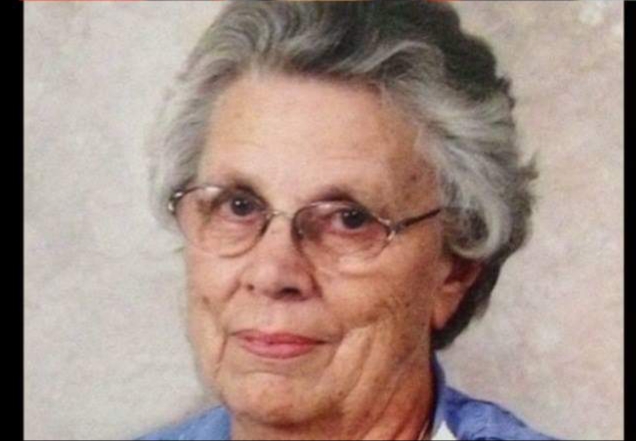 My grandmother, Corrine Ballou, holds a special place in my heart. She lived right down the road from my parents’ house, and I would see her on a daily basis. She would always welcome me with a warm embrace, and would force feed me even when I told her I was not hungry. We would play board games, hunt night crawlers in the back yard for fishing trips, pop popcorn and watch Friday night sitcoms on ABC, and did many random things that made it “Grandma and Grandpa’s house”. This was a special place during my childhood and like my second home.

Grandma was also a faithful woman. When the church doors were open, she was there serving the church. No task was too little or too large. She would make her famous broccoli casserole for luncheons, she led discussions during Christian homemaker meetings, she would even tidy the church before services on Sundays and Wednesdays. Many times she would encourage me to go with her. During bible school she asked if I wanted to go. During revivals she wanted me to tag along. I would always turn her down because I had other plans that seemed more important. She always had such patience with me even when I told her no. However, her persistence never stopped, as she continued to extend the invitation.

I will never forget the day that was a turning point in my life. I was taking an exit exam to become a teacher and was under so much stress. The 4-hour test had me completely exhausted. I longed for a break from all the studying and classes. As I picked up my cell phone, I noticed several missed calls from my mom. I knew something had to be wrong, so I returned the call.

Mom answered and I could tell she had been crying. She told me that she had some bad news. Grandma had pulled into my parents’ driveway, and when my mom went out to greet her, she discovered my grandmother stretched lifeless over the steering wheel. All Grandma could say was that she was in so much pain, she was dying, and she needed help. Mom immediately called the ambulance, and she was on her way to the hospital. When I hung up the phone, I began to sob. The lady who was a picture of health was now staring death right in the face. This could not be right; it seemed an injustice to me and something that I questioned so much.

I arrived at home a few minutes later. Mom was waiting for me at my house. She said that Grandma’s organs were shutting down. Although grandmother had fought a hard battle, her body had succumbed to the pain. We needed to go to the hospital as soon as possible. Mom left to go get an overnight bag, and I just collapsed on the couch. Leah, my wife, came over and hugged me. She told me she was sorry and that we would get through this together. However, I was numb and in utter disbelief of such a rapid chain of events.

Faithful christian. Gentle soul. Persistent encourager. I couldn’t believe this beautiful lady, my second mother, could possibly be gone in a short amount of time.

A few hours later we arrived at the hospital. The doctors told us that my grandmother had pancreatitis. Toxins and poisons had overtaken her body. As a result, her body was giving up. It just could not handle all that had happened in such a short period of time. We were all allowed to go back to see her. When I entered the room, Grandma was unrecognizable. Her body was severely swollen from fluids. Tubes ran out her body from every angle. I approached the bed, not knowing exactly what to say. I held her hand and in a trembling voice I said, “Hey, Grandma. It’s Kyle.”

Surprisingly, she weakly opened her eyes and squeezed my hand. She tried to speak but could only make a gurgling sound. She kept pointing for a purse and making motions with her hands. Leah picked up the purse she was pointing toward, and we finally realized that she wanted a pen and paper. She gripped the pen in her hand with fingers swollen double their original size. You could already tell weakness had set in, as it was all she could do to write one short statement. She handed me the paper, and then proceeded to rest. The statement was in broken, cursive handwriting. I wanted so bad to read it, but I just couldn’t make out the words. She was trying to tell me something important.

I knew the first word read “Always” and the last word started with a “c”.

My uncle guessed that it read, “Always continue to coach.”

The rest of my family tried to decipher the statement but no one really had any idea. All of my family’s guesses did not seem significant enough to me.

A few days later, Grandma gave up her fight, and I know she is now in a better place. Never does a day go by that I do not think about the wonderful person she was, and I continued to think about what the statement actually said. And it was not until a few years later that God sent me a sign. I was in church one day and the pastor talked about the importance of encouraging others to go to church. I thought about how true this was and thought back to how my grandmother had encouraged me. That same day I got the statement back out and read it and examined it closely. Tears filled my eyes, and in that point in time, I realized that Grandma’s statement read, “Always stay in church.”

Grandma’s persistent encouragement in my early years had stuck with me more than I would ever know.

Yes, I turned her down many times to attend church. I thought I had better things to do.

Although, I never went with her, that Christian value was instilled in me. It created a ripple effect in my soul and I knew it was important.

I am far from perfect, but as an adult, I now know the importance of going to church and hearing the word. I know how important it is to get my family involved in church and be persistent in my efforts. Because Grandma showed me the importance of faith at an early age, I was able to decipher the statement that I had so much trouble reading before. Her wisdom and character had made a full circle and came back to help me interpret her statement. Grandma’s tiny statement was ultimately a huge message in my life and who I am as a human being, and it shows that persistence does, in fact, pay off.

In conclusion, appreciate the ones closest to you and persistently offer someone encouragement to attend church. A small deed may not affect the person instantly, but over time it has a lasting impact.

Faith, Hope, and Love for the Future