Smile Through the Hiccups: Motivation Monday

Life happens. No one is immune to it. The thing to remember is that if you can live through it, use it as a growing experience or just a good laugh. Below is one such instance where it truly shows that we just need to smile through the hiccups. ☺

June 29th, 2017. The following is based on true events. No names or events have been altered in any way…😂

The GPS said that the first day of the trip would be 9 hours. It ended up being 14 hours. Here are a few of the high points: 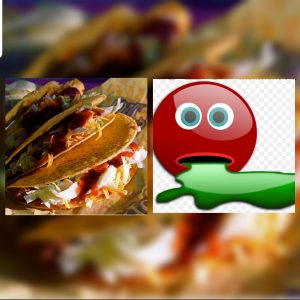 •We left at 6 AM and I started the day feeling queasy. For some reason, I ate the worst food possible before a trip (Taco Bell) and traveled most of the day with the urge to vomit but never could quite get to that point. That was too bad because I would have felt much better. 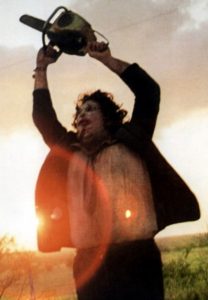 •Interstate traffic was bumper to bumper, so the GPS detoured us to places in which I am sure the Texas Chainsaw Massacre was set. 90 miles worth of this type of country, actually. Note: We did manage to travel this stretch of the trip with all of our limbs still intact and we experienced no bodily harm. 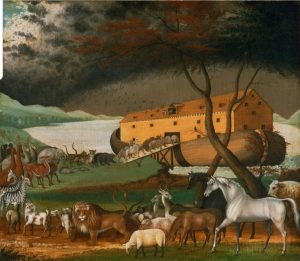 •When we got back on I-95, with approximately one hour left of driving, it came a downpour that was comparable to the days of Noah.

The lovely part was that my driver’s side wiper blade quit working during the torrential downpour. We pulled over and tried to let the storm pass before traveling further. The whole time we were terrified that oncoming traffic, some of which did not have their lights on during the terrible conditions, would sideswipe our vehicle.

Once the rain slowed down some, we drove to the next exit three miles away. I had to contort my body the whole time, so that I could view the passenger side of the windshield because that was only wiper that was working. After this experience, I am such a believer in Rain-X!!! If you haven’t tried it, please do because you never know when you might end up in a Kyle Ballou situation. 😂

Thank God we convoyed with my parents because they were a huge help at this juncture of the trip. 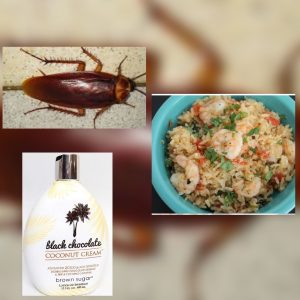 •FINALLY, we arrived at the hotel we booked in advance. We could finally get some much needed rest before reaching our destination the following day. BUT this isn’t where the story ends! When we got to the second floor, it smelled of Mexican food, possibly with an extra order of shrimp.

When we opened the door to our room, it smelled like the people before us had just gone to the tanning bed and applied way too much brown sugar tanning lotion.

Despite all of these bizarre smells, the straw that broke the camel’s back was when the circus of roaches, that were so big they had saddles, ran out from under the bed. When we went to the front desk to report the problem, the receptionist already knew what I was going to say. We got a refund and went to a much cleaner hotel. 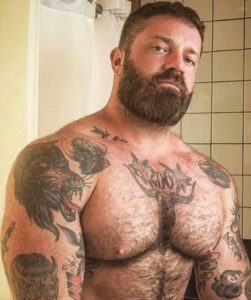 •Once we had settled in at our new place, I had to go to the van to get a few additional things. After such a long day, I thought I would lighten the mood some. It was 1:30 am and we had made it! Why not offer some comic relief?

I approached the hotel door, and I did what most kids would do. I knocked on the door, pressed my eye against the peep hole, and as the door opened, I planned to fall in and give Leah or one of the girls a hug.

Well, I did just that, but instead of falling into the arms of one of my sweet girls, I nearly fell into the arms of a shirtless, 250 pound, burly, tattooed man, ready to whip my a$&! So thankful he spared my life.

At that point I went back to the correct room and told Leah what had just happened. We both had a great laugh and went to bed.

The next day was much better and that week was wonderful! 🙌🏻😂😳😬
So that’s my story.

Returning to God After Backsliding